welcome to my little shrine!

this is a website about my husband, kitarou mizuki!

kitarou is a powerful youkai from the ghost tribe. his main goal is to bring peace between youkai and humans. his mother died before he was born, so his father (until kitarou would be old enough to understand) placed him under the care of a human, he views this as an important moment and as a debt to pay back to humanity. currently he lives with his father and other youkai in gegege no mori.

he was born on the 30th of february in 1954, making him 65 years old! he is a very kind hearted and gentle youkai, but he fights hard to protect the ones he loves, which is a reason why i love him so! he is 66 pounds and 4'3, making him the perfect hugging size! he has many powers including his chanchanko (source of his power), his hair needles, remote control geta and great regeneration powers! he got his big start in manga (and normal start in rental comics [or even more obscure, kamishibai]) but he is also in seven different anime series and many video games, he is also an important figure in japanese pop culture.

we meet thankgiving 2018 and have been together since christmas 2018! i love everything about him so much, his smile, his voice, his personality, his power, and i wish to be with him for the rest of my life! 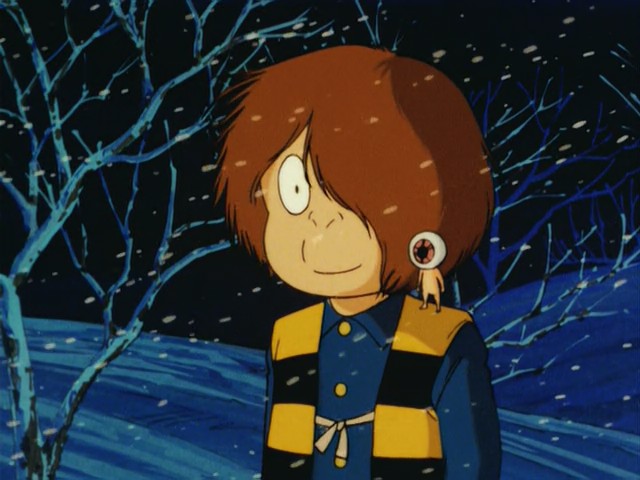 a picture of him from the 1985 anime series!

this site is a work in progress (will add fanart, update/random gushing and about me pages in the future), so message me on discord at Haru-chan#5335 if you want to talk or just to bug me about updating the site with something (cause i will forget).